CD27 is an I-type 50-55 kD membrane protein, also commonly referred to as S152 or T14. It is a lymphocyte-specific component of the TNF receptor superfamily. CD27 is found on medullary lymphocytes, almost every mature T cell, a few B cells, as well as NK cells.

CD27 is a receptor for CD70 and plays an essential function in the activation of T cells and the control of B cell differentiation and growth. The CD27 cytoplasmic domains CD27 have been demonstrated that the interaction in conjunction with TRAF2 as well as TRAF5 to induce NF-kB and JNK/SAPK activation. This antibody reacts with humans, mouse. 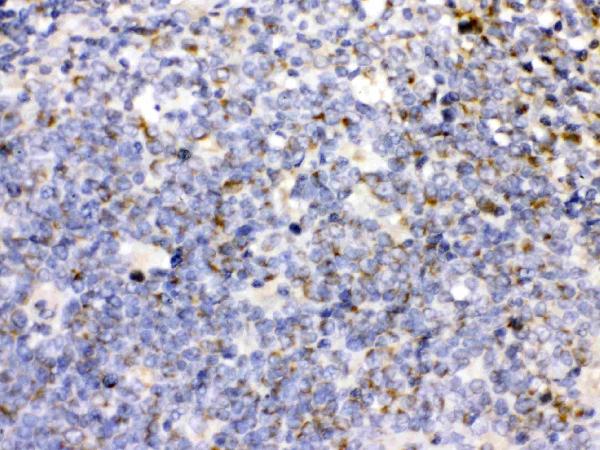 LG.7F9 monoclonal antibody LG.7F9 monoclonal antibody binds to mouse CD27, a specific lymphocyte member belonging to the TNFR superfamily. CD27 can be found in almost every mature T cell, and by a subset of B cells, mostly memories B cells. In the mouse, CD27 has been found in almost all thymocytes, with the exception of an influx of CD46-CD8 precursors.

CD27 is a receptor for CD70 and, via that interaction, has a crucial role in T cell-B cells interaction. It is known that stimulating CD27 plays a significant role in the development of CD4+, and CD8+ effector cells. LG.7F9 interacts with both rat and human CD27. CD27 is a 50-kDa member of the tumor necrosis factors (TNF) receptor superfamily, which comprises CD40 along with CD30.

CD40 and the TNF superfamily are famous as regulators of cell expansion and death. Contrary to the expression levels of other TNFR/TNF members, the expression for CD27 along with its receptor CD70 is primarily restricted to lymphocytes. A high level of expression of CD27 seems to be dependent on the correct binding to antigen receptors.